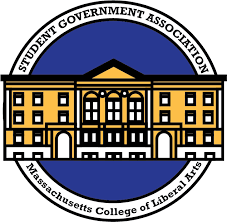 Student concerns about class attendance penalties, twenty-four hour RASM homework, travel courses and the state of Greek life have all been discussed at the two previous SGA meetings.

On September 26, student administrator Taylor Hope, 24, expressed concern about the penalization of students for attendance and confusion around the issue, when asked if anyone had questions for the vice -President Jeannette Smith. At the next meeting on Monday, October 4, this concern was addressed.

“I brought up the attendance policy penalties that happen on campus in a few classes where the attendance policy is very clear: you get classes per credit hour, so if you get 3 credits, you get 3 lessons for the semester. But students’ grades continue to drop when they don’t show up to class, making their grades unclear as to their true grades. I’ve spoken to Vice President Smith about it, and she’s going to speak to the person in charge of this system,” President Ian Crombie said after meeting Smith.

Crombie also addressed RASM’s concerns at the October 4 meeting. There have been shifts in schedules requiring students to work at RASM offices 24/7 and students having to work full shifts out of nowhere.

“The reason for this move was that Public Safety didn’t have enough staff to run through the night, they were trying to move student interactions first to move student centered interactions rather than running to the police when something goes wrong during that time of night,” Crombie explained.

Questions and announcements were also discussed at the October 4 meeting.

The minimum GPA has been lowered from 3.2 to 3.0 to reflect some of the challenges of recent years and the wording of the application has been relaxed to accommodate freshmen. It was also announced that there will be at least $10,000 in travel course-specific scholarship funds for the next academic year and the year after. As in previous years, scholarship funds will be divided into travel courses based on the overall cost of each course and the number of students enrolled per course.

The state of Greek life was also mentioned by Crombie to Smith: “We also discussed the state of the Greek life committee. There was a consensus among the students on this committee that we wanted to remove Kevin McGraff as chair so that it could be an all-Greek student-run committee because Greek alumni and interests did not match current interests students. It will be voted on and they will have to go to the Senate to rewrite their purpose as a committee.

There is no current voting date.

On September 26, Executive Vice President Callie spoke on behalf of the Curriculum Committee to discuss thoughts on a nursing curriculum for MCLA.

“Our school has talked about potentially adding a nursing program that would be a four-year degree, and the most popular four-year programs aren’t in the area, offering this MCLA, a public liberal arts environment , it could gain national recognition for improving health care for rural communities facing health disparities.

They are still working on the logistics. The program has only been reviewed as part of a curriculum and has not been reviewed in detail as to where it would be located, hiring teachers, etc., and n is currently just a conversation.

SGA has part of its guest speaker list open which includes Director of Civic and Community Engagement Spencer Moser on October 17, Senior Advisor for Institutional Equity and Belonging Christopher MacDonald-Dennis on October 24 October, Ara Phoenixx on October 31, President Birge on November 7, and Christopher Hantman and Maple on November 7.

Meetings are open every Monday at 7:00 p.m. in the Murdock Conference Room.