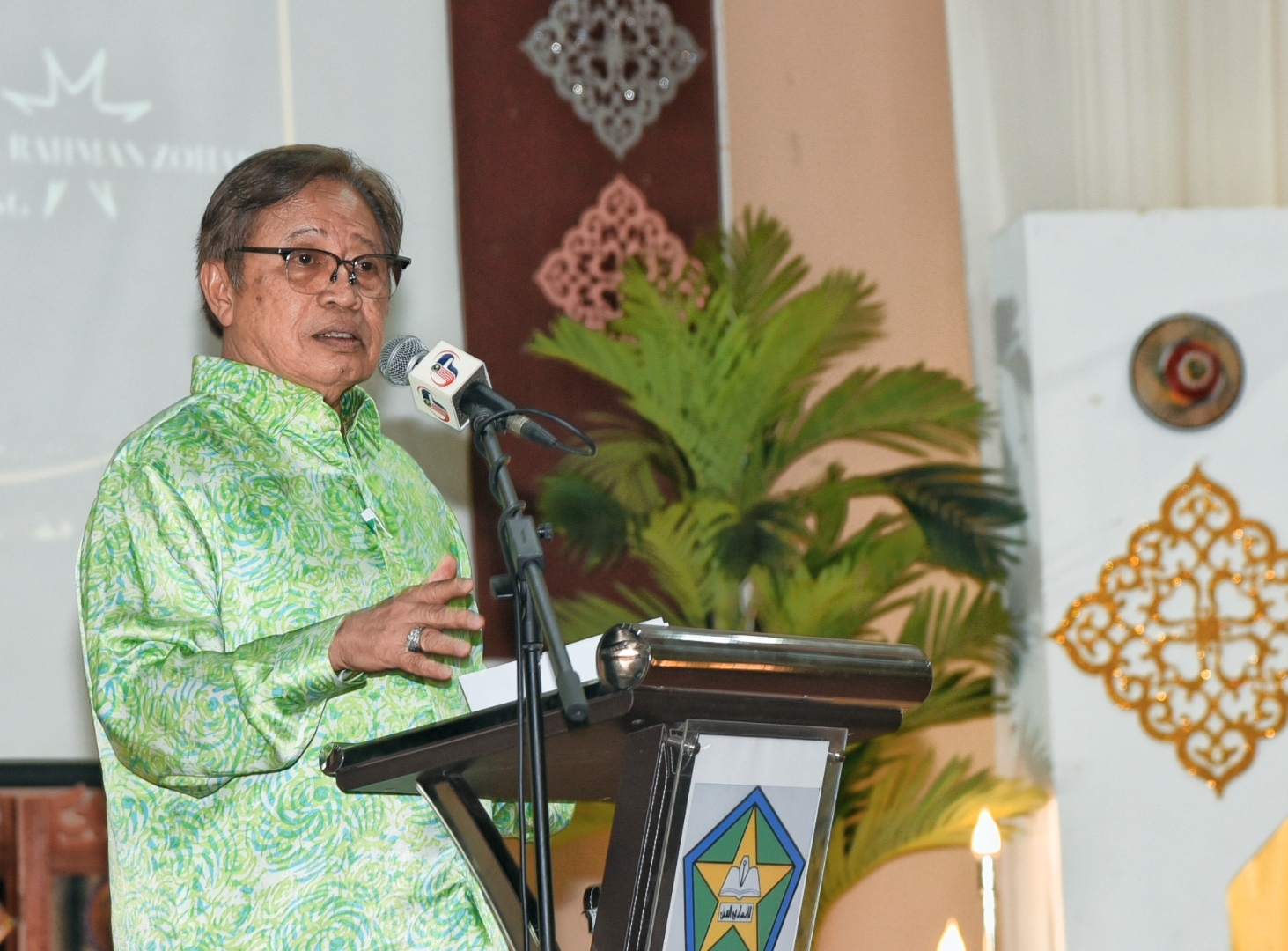 Abang Johari delivers his speech at the event,

Abang Johari said this was made possible after Swinburne University’s Academic Senate agreed to establish a law school on its Sarawak campus.

According to him, the idea for such courses and law schools came from the Sarawak government and it was accepted by the Academic Senate of the university.

He explained that Sarawak-related laws to be taught are such as the Malaysian Agreement of 1963 (MA63) and Indigenous Customary Rights (NCR).

“I have been made to understand that Universities in Peninsular Malaysia do not offer such elective subjects to teach students about NCR land… That is why we need academic studies on our NCR land laws.

“The MA63 is also not taught in law faculties. Still, these are all important legal knowledge relating to the constitution,” he said at SMK Agama Tun Ahmad Zaidi’s Silver Jubilee dinner last night (September 24).

He said student admissions to these institutions are not subject to the Pusat Universiti Unit (UPU) and students are free to choose the courses they want.

He also encouraged young Sarawakians to pursue technical studies such as engineering and petrochemicals in line with the new industries being created in the state.