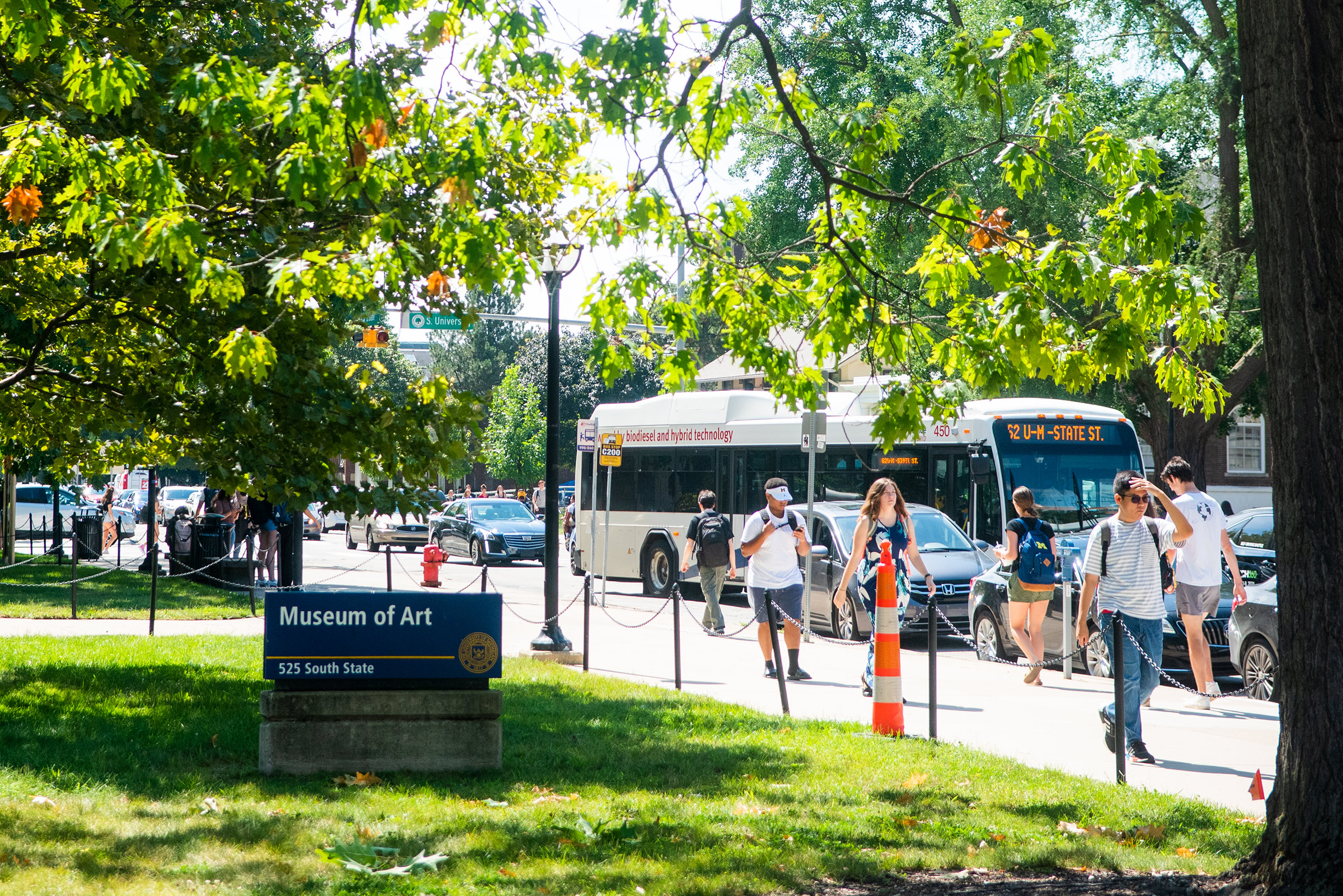 University of Michigan Ford School of Public Policy students ask school to either cancel classes on Monday or offer distance education “with no impact on students who choose to attend virtually “after Saturday’s threat of a shootout against women on campus.

The undergraduate public policy students sent an email Saturday afternoon to Dean of Public Policy Michael Barr and faculty and staff at the school saying the two cohorts do not feel comfortable with ‘go to class on Monday.

“While we understand that the University does not take this threat lightly, it has yet to make an effort to fully educate students on how they plan to deal with this threat and how they will protect women on our campus, â€the email read. “We believe it is best to allow students to make their own decision whether or not to attend classes in person on Mondays, as per our request noted above.”

Barr responded to the email on Saturday evening, writing that faculty were encouraged to be flexible with classroom instruction on Monday.

â€œâ€¦ As policy professionals we understand the sad and frightening truth that the threat was terrifying in large part because the violence against women it invoked is far too common in the United States, as is gun violence. in general, â€Barr wrote. â€œWe are a country that chooses to subject elementary school students to terrifying lockdown drills, for example, and accept regular mass shootings rather than tackle the fundamental issues of gun violence. And violent hate crimes are on the rise.

The individual responsible for the shooting threat is cooperating with authorities and is not in custody, the Federal Bureau of Investigation said Sunday evening. University president Mark Schlissel wrote that classes would continue “as scheduled” Monday in an email sent to the campus community on Sunday.

â€œWhat we know today from the FBI is that the threat has been mitigated and that there are no current or pending threats based on the release,â€ Schlissel wrote.

More than 1,200 members of the University of Michigan community on Sunday signed a petition demanding that the University administration move classes and as many activities as possible online on Monday, October 4 in the wake of the threat line shooter that rocked the campus on Saturday afternoon. The petition will be sent to University President Mark Schlissel on Sunday afternoon.

“We are concerned that the administration has let its rush to reopen in-person classes outweigh its responsibility to keep the campus community safe and alive,” the petition says.

“In contradiction with the University’s stated commitment to ‘diversity, equity and inclusion’, the administration has downplayed the gender-related threat,” the petition continues. “By authorizing in-person classes and activities, the University has effectively granted individual instructors and supervisors the power to determine whether their students and workers should endanger themselves.”

An anonymous individual posted the threat on Russian online platform Sinn List and said he would target female academics in an October 4 shooting.

The out-of-state person responsible for publishing the threat was identified and questioned on Saturday afternoon by the University’s Public Safety and Security Division and the Federal Bureau of Investigation. As of Saturday afternoon, DPSS has not announced the status of an arrest.

The DPSS had previously announced that it would increase the number of employees on campus Monday and take “further risk mitigation measures” in light of the threat. It is not known if these measures are still scheduled for Monday.

Although some professors have moved their courses online, many others have not, and there has been no mandate from the University to move all classes and work remotely or to grant a day of leave.

Despite the DPSS announcement that “there is no indication of imminent harm to our community,” the petition says the University must demand that all classes take place online on Monday to prioritize the physical and mental safety of students. students.

Rackham student Alex Burnett co-wrote the petition with social work students Arie Davey and Matt Dargay. Burnett told the Michigan Daily that she believes the university should move all campus classes and activities online on Monday and provide additional assistance to students, faculty and staff affected by the threat.

“An adequate response looks like intense support for students and workers, as well as (responding) to how the university is somehow going to solve this problem in the long term,” Burnett said. â€œWe know this is not an isolated incident. We know (also) that simply putting a group of heavily armed men, mostly white with machine guns on campus and continuing with in-person classes and in-person business, (is) not enough to actually respond to this. that we see here.

Social work student BrontÃ« Munson was one of the many students who signed the petition. Munson said she felt disappointed with the University’s response to the threat, citing the University’s ability to move courses online.

â€œIt’s very contemptuous and it’s hurtful,â€ Munson said. â€œI don’t think any of us should have to choose between being successful in school and protecting our physical and mental well-being.

The authors of the petition echoed Munson’s statement, saying many students did not feel comfortable walking around campus on Monday and criticizing the University for placing students in the position of having potentially worrying about their safety.

â€œThe administration’s haphazard response has reminded many of us that the University of Michigan remains a deeply patriarchal institution, concerned with profit and policing the lives of women and other oppressed people. by gender â€, we read in the petition. â€œSimply put, we don’t feel safe coming to campus on Monday. “