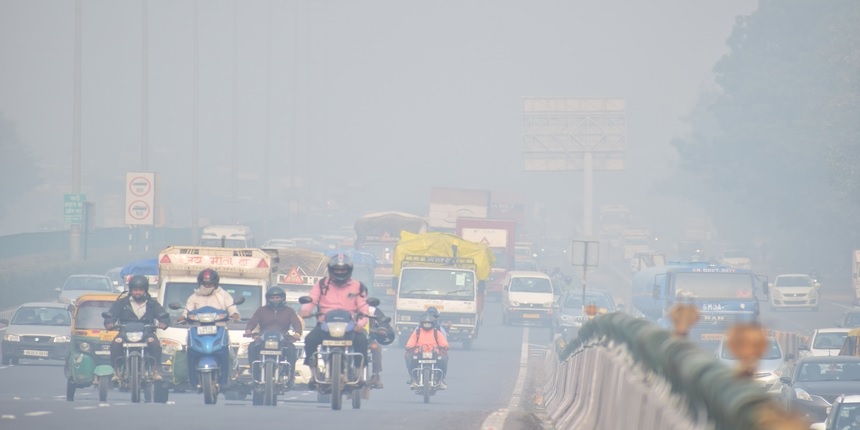 The Commission on Air Quality Management (CAQM) has also requested the government of Delhi, Uttar Pradesh and Haryana to take action to close schools and colleges in the respective states as Air Quality Index (AQI) levels in the NCR have dropped and thick smog is engulfing parts of the district abutting Delhi.

Delhi Chief Minister Arvind Kejriwal on Friday announced the closure of all primary schools in the nation’s capital from Saturday November 5 due to worsening pollution conditions. During a press conference, the chief minister said that the government is taking all measures to control the pollution situation. All primary schools in Delhi will be closed from tomorrow and outdoor activities for all grades above class 5 will also be closed. Additionally, the government has also asked 50% of government employees to work from home as AQI levels deteriorate.

On November 3, Gautam Buddh Nagar (DIOS) District Inspector of Schools, Dharmveer Singh, requested all schools in Noida City, Greater Noida to conduct online classes for students up to to Class 8 until November 8, as the AIQ level in the National Capital Region is getting worse. DIOS also told schools to hold online classes for students in grades 9 through 12 where possible. There are around 1,800 schools in Gautam Buddh Nagar, including higher education centers, spread across Noida and Greater Noida.

The Haryana government is likely to take a decision on school closures as soon as AQI levels in Gurgaon and Faridabad also reach severe levels. However, the official government announcement is still awaited. According to reports, Chief Minister Manohar Lal Khattar also said the government will make a decision soon.