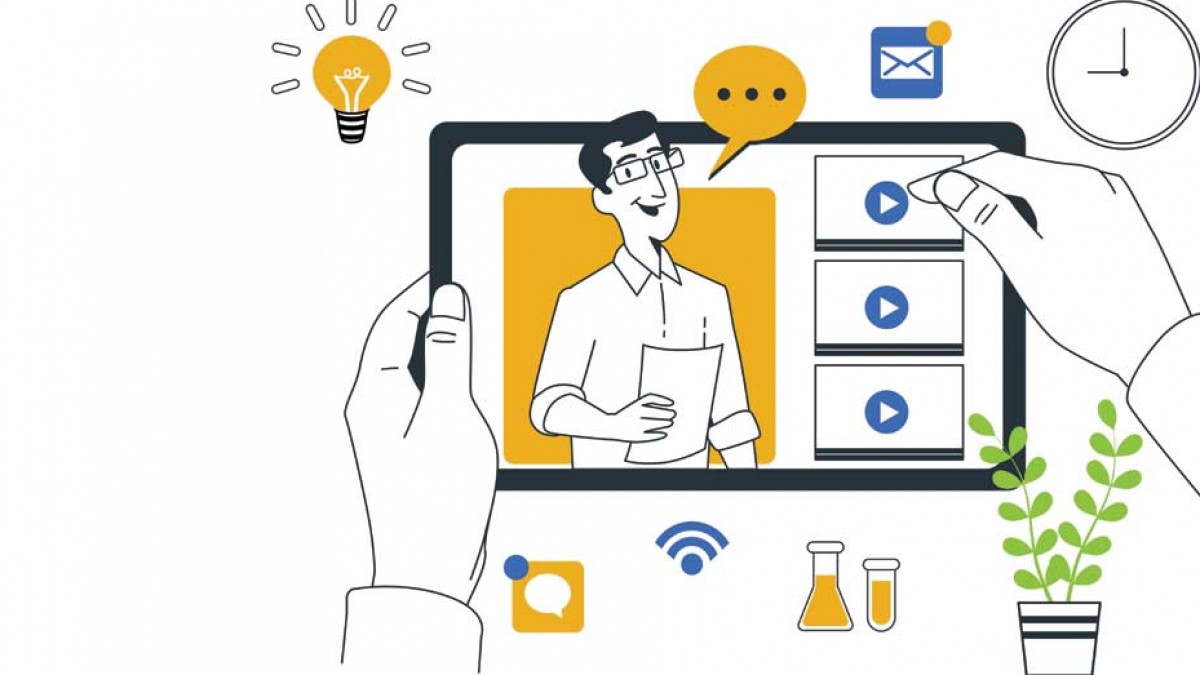 The Covid-19 pandemic may have caused immense misery and devastation to millions around the world, but it has proven to be a boon for many enterprising teachers in India. The extended lockdowns have given a boost to different online businesses like e-commerce, online retail, etc. But one sector where it has worked wonders is online education which has flourished at an unprecedented rate since the pandemic. Even now, with many lockdown-fueled industries facing some form of recession, the online education industry appears to be thriving, as evidenced by the growing popularity of online teachers.

The online education revolution in India has led to the phenomenal rise of “star teachers” such as Vikas Divyakirti, Khan Sir, Alakh Pandey, Awadh Ojha and many others. Celebrities in their own right, the popularity of these teachers rivals that of actors, cricketers and the like. With swarms of selfie-seeking people harassing them in public and millions of followers on social media platforms, these new-age teachers aren’t just famous, they’re also making big money.

Most of these “star teachers” have become entrepreneurs leading their own empires and more and more ed-tech or e-education start-ups are now on the list of unicorn companies (a company unlisted with a market valuation of $1 billion). Alakh Pandey’s ‘Physics Wallah’ start-up recently became the country’s 101st unicorn.

A University of Delhi academician, Vijender Singh Chauhan, known for his unique style of conducting mock interviews, told Outlook: “Teachers had become ‘celebrities’ even before Covid-19, but their popularity has reached a new level during the pandemic.”

So far, five edtech companies have become unicorns in India. Explaining their revenue models, Professor Vijender says that while companies have adopted different types of models, not all of them are ideal. In one model, he explains, teachers make the most of their image and popularity on social platforms. He says people now want to be teachers just to stay in the limelight.

Gone are the days when teaching was seen as a humble and social profession. Teaching has become a profitable vocation today, with teachers earning salaries that can rival those of the best CEOs in the country. According to market research firm Redseer, based in Bengaluru, the online education market in India is expected to grow by 50% to reach $5 billion between 2021 and 2025. With this, the size of the global online education market e-learning is expected to reach $370 billion by 2026. The huge interest of students in education technologies and e-learning has attracted huge investments in this sector. The growing demand for online education has made India the second largest funding market for edtech in the world.

Alakh says that with the introduction of online education, students can save a lot of time. “If a conference is missed, it can also be watched later,” he adds. However, he believes that the day is not far off when there will be harmony between online and offline and when students will have the option of hybrid mode.

The easy availability of smartphones and internet over the past few years has played a key role in sparking the new trend of online education. According to a Deloitte report, India will have one billion smartphone users by 2026. Moreover, according to the Economic Survey of India 2021-22, 83 million people use the internet in the country. The report said India’s wireless internet data usage grew sevenfold to 32,397 petabytes in 2021 from around 4,200 petabytes in 2018.

“The demand for smartphones is expected to increase with the adoption of high-quality internet,” the report further states. Nevertheless, many questions remain about the future of online education. The involvement of teachers in controversies, the overabundance of bad content on YouTube, irresponsible statements by new-age tutors for cheap popularity, etc. are among the main issues that raise doubts about online coaching.

On the future of online education, Awadh Ojha, the founder of IQRA IAS, a well-known coaching institute for UPSC aspirants, says, “Everything is changing. People will accept it in five to ten years.” However, he insists that if a child has the opportunity to get a good education offline, they will never switch to online education.

Offline education, however, looks like a fading reality today. From now on, famous teachers like “Khan Sir” are making hay as the sun of online education shines, attracting thousands of students preparing for competitive exams like NEET-JEE, SSC, UPSC and Banking . Rajesh Sharma, a student from Ghazipur in Uttar Pradesh, told Outlook: “Usually most of us go to Prayagraj or Kanpur to prepare for competitive exams but I didn’t want to go there. I went to Patna because Khan Sir teaches here. What makes “Khan Sir” so special? Rajesh says, “His language is not artificial. He explains to us in the language we understand. I can connect with Khan Sir even in a crowd of hundreds of students. Another student, Vinayak Singh, who went to Prayagraj from Ballia to prepare for competitive exams, echoes the same sentiments about Awadh Ojha.

This local connection with the students seems to have gone a long way towards making these teachers overnight stars. “Teachers are now becoming celebrities. I never thought I would get such recognition as a teacher and find myself surrounded by people taking selfies with me in a market. Chauhan, however, says it’s not just teachers creating or trying to become a brand. Many professionals from other fields are also constantly in the limelight. “Now you will see a bureaucrat with a camera crew filming his every move to show it to the public.”

Awadh Ojha, however, tells Outlook that he still teaches students as he used to. “I didn’t even make a change in my outfit. I believe a teacher’s acceptance should be based on knowledge, not glamour,” he adds.

Alakh Pandey of Physics Wallah adds that there has been a very rich tradition of guru-shishya in the country. “Yes, there was a time when the halo around teachers was fading a bit, but online teaching has revived the old tradition. It’s a matter of joy that teachers are now becoming icons.

But if fame is coming, can controversies be far behind? Some of the star teachers were named in the FIRs for allegedly giving inflammatory speeches in their virtual classrooms. Earlier this year, a curious controversy erupted over the name of Khan Sir, one of the most popular Patna-based online teachers. He kept his name a closely guarded secret. Some think his real name is Amit Singh while others think it is Faizal Khan. He chose not to clear the haze over his name so far.

Incidentally, Khan Sir was accused of inciting violence during the RRB-NTPC exam results earlier this year when thousands of students took to the streets of Patna and elsewhere to protest against the results of a railway recruiting board examination. One of his videos was even banned on YouTube while one of his channels, which has around two million connected students, had to be closed for a week during the controversy.

Awadh Ojha has also been accused of disturbing the peace between two communities through his videos in the past. He was seen supporting AAP leader Arvind Kejriwal from one of his platforms during the 2015 elections in Delhi. At that time, he caused controversy by comparing Kejriwal to Mahatma Gandhi. He also organized a satyagraha cycle from Lucknow to Delhi with the Progressive Samajwadi Party demanding extra chance for UPSC candidates for which he was even taken into custody in Noida at the time.

Some teachers are accused of peddling misinformation and divisive comments on their YouTube channels in a bid to gain cheap popularity. A teacher who prepares students for UPSC exams tells Outlook on condition of anonymity that there are many teachers online who deliberately make objectionable comments. “Nowadays it has become a simple and effective way to gain popularity in the virtual and real world,” he says.

Awadh Ojha calls it “parasitic fame”. Apparently, there are teachers who do more than teach to become famous. Looking at the multitude of teachers on YouTube, one can tell that online education has become overtly commercial. “I feel bad to see all this. It’s not right. After five years of hard work, we are now at this stage. We have worked hard for the students, taught them, motivated them” , adds Alakh.

He advises teachers to try to win the hearts of children instead of chasing after fame and popularity. “Teachers are losing reality in their desperate bid to go viral, but they’ll have to give up their propensity for cheap publicity,” he says.

Online education statistics predict a bright future for the industry. And with students endorsing the teaching methods of “modern gurus,” the online education industry is likely to stay. Whether a welfare state should learn from these experiences and create a modern model of public education in the new era is worth pondering.