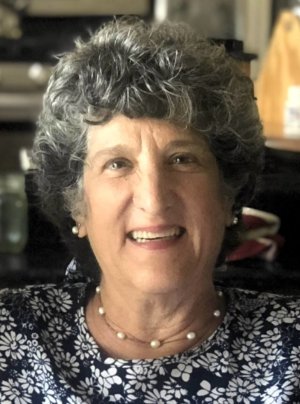 Kathryn Eileen Goppelt, Christian, missionary, mother, homeschooler, farmer, political activist, and state legislator, died October 16, 2022, at her home in Gonzales, Louisiana, from complications from cancer. Although his departure leaves a permanent pain in our hearts, we do not mourn like those who are without hope. “For if we believe that Jesus died and rose again, so also those who sleep in Jesus will God bring them with him.” (1 Thessalonians 4:14)

Kathryn was born on February 25, 1951 in Des Moines, Iowa to Alanson Malcolm Fitchett and Darleen May Boyd. When Kathryn was eight, her mother died and she was raised by her grandmother, Frances Hronish Boyd, in nearby Dexter.

Active in a myriad of high school programs, including choir, track, basketball, and FFA, Kathryn’s life purpose pivoted when she dedicated her life to Jesus Christ after watching a movie by Billy Graham. A student at Iowa State University, she graduated in 1972 with a BS in physical education with honors and honors. She has volunteered in several physical education programs for people with special needs, and during that time grew in her faith through The Navigators, an interfaith organization that empowers Christians to be disciples of Jesus from modern times and to share their faith with others. She has also served as a teacher/missionary in Juba, South Sudan, a Navigator staff member in the United States, and a teacher/missionary in Amman, Jordan.

Even in the 1980s and 1990s, Lou and Kathryn were concerned with the humanistic and amoral worldview of public schools. Taking to heart God’s instruction in Deuteronomy 6:7 to “teach [God’s words] diligently towards your children,” they have developed a unique blend of curricular and extracurricular activities to homeschool and train their children in their Christian faith. In 1994, Lou and Kathryn moved from suburban Baton Rouge to rural Ascension Parish, built a house, and began developing a small farm. They encouraged their children by instruction and example to learn personal responsibility and hard work through farm chores, building projects, and caring for elderly parents (including Grandmother Frances). The farm was supplemented with Christian service activities, a home schooling group at their church (Gonzales Baptist Temple) and music lessons.

Beginning around 1998, Kathryn wrote letters to the editor, volunteered for political campaigns/causes, helped pass ordinances, and even ran for office to promote good government. In 2014, the East Baton Rouge Parish Republican Women’s Club presented her with the Red Pelican Award for “conservative community advocacy.” During the current legislature which began in 2020, she served as legislative assistant to State Rep. Kathy Edmonston and personally assisted many people (including non-constituents) with health care decisions. health without coercion, in accordance with their conscience. Like all his other life works, the secret to his controversial positions in the civic arena was not fame, nor even the prosperity and education of his community.
Rather, his true desire was to advance the kingdom of God. She believed that without him, all efforts for peace and happiness are ultimately doomed. She looked forward with joy to our true hope of righteous government: the prophesied resurrection of all believers with glorified bodies, and the millennial reign of Christ on earth at the end of this age (Revelation 20:6).

Kathryn was predeceased by her parents, her uncle Robert J. Boyd and her aunt Ellen Montoya. She is survived by her husband and children, her aunt Kathleen Fischer, her brother Alanson “Lanny” Robert Fitchett and her sister Darleen Janette Stutsman.

Visitation will be held at the Gonzales Baptist Temple, 2807 S. Hodgeson Ave, Gonzales, LA 70737 on Friday, October 21 from 5-8 p.m. and Saturday, October 22 from 10-11 a.m., with a memorial service at 11 a.m. . In lieu of flowers, the family encourages donations to The Navigators (donations.navigators.org) in his honor/memory. We would like to thank all the healthcare workers and friends who have blessed us with meals, visits, care and prayers.