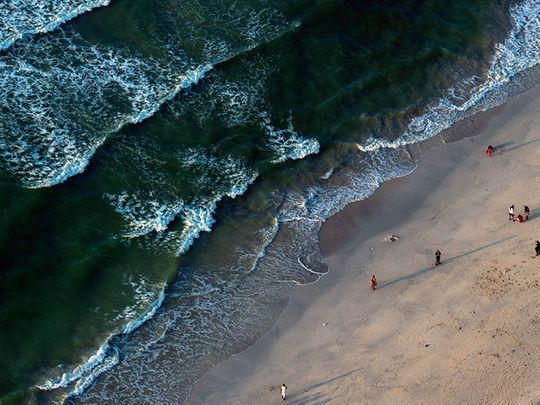 Abu Dhabi: As a precaution against the effects of Tropical Storm Shaheen, all educational institutions in Al Ain will switch to distance education until Tuesday.

regions – as well as public schools in the Hatta region of Dubai – have switched to online classes on Sundays and Mondays as a precaution.

A similar shutdown of construction activity has been implemented in the capital by the municipality of Abu Dhabi.

“In view of the expected meteorological instabilities, you are advised to immediately stop activity on the construction sites and ensure complete control and security at all times from 4 p.m. on Sunday until Tuesday, October 5”, the municipality said in an alert to construction companies and contractors.

Meanwhile, the Abu Dhabi Agriculture and Food Safety Authority has also called on farmers and cattle ranchers to ensure proper drainage on farms and the safety of electrical systems. Cattle should be kept indoors during periods of inclement weather, and provide them with sufficient feed and water. Additionally, equipment should be stored safely indoors, with greenhouse conditions maintained to reduce pressure and dust.

Residents were further advised to exercise caution and contact the Emergency Office on 993 or via WhatsApp on 02 678 8888.

The authority has notified the following:

-Reduce speed when visibility is low.

– Stay away from valleys and areas of torrential rain

Authorities also urged residents to keep abreast of weather updates and instructions issued during the period.